Skip to content
HomeWelcome to My Happy Little Ho Garden.

There is a really short list of opportunities that I’ve missed, like the chance to own the website domain name to a site called DiscountStripper.com or the fleeting hope for utter rapture that comes from almost winning a BeeGees lunchbox on eBay. Those chances for total happiness have evaporated like a frat boy belch; I try not to pine for them, but some days it’s all I can do not to drive my car through a crowded McDonald’s for thinking of all the ways I reached out for perfect joy but somehow let it slip through my fingers.

And then… this happens, and the world is right again. 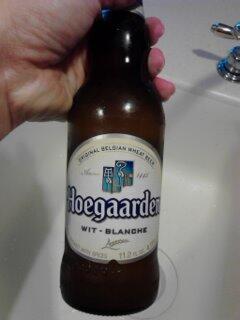 Sadly, this beer tastes exactly like what you would expect a product named “Ho Garden” to taste like. It’s like a cross between day-old thong panties and feet, with a little aftertaste of diesel there at the end.

But again, who gives a shit? I’m holding a bottle of Ho Garden! This will NEVER stop being awesome, even after the crotch-and-diesel taste is nothing more than a memory of beers gone by.

6 thoughts on “Welcome to My Happy Little Ho Garden.”