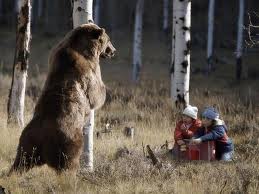 I have lost all faith in my local school system, which is a real shame because a few years ago I packed up and left my paid-off house and moved my family into a nice, expensive, big new house specifically to get my kids into this awesome school. The school hasn’t done anything entirely wrong, per se, but I just can’t trust these people anymore.

They have decided my first born child is gifted. Sure, read that sentence again. Let it sink in.

Yup, I’m a little worried now. If this child is gifted and possibly poised to become the valedictorian of her graduating class, then there’s some real doorpost-type talent in her school or the administration of said school is handing out academic achievement certificates to everybody and his ugly cousin.

Shut up, you know I don’t really mean that, so don’t call child welfare. Yes, my kid is brilliant, and she’s super talented, and she’s even really, really pretty, but every once in a while this massive brain-fart-slash-logic-hemorrhage happens in her world that makes me wonder if maybe I should get a maternity test.

For example, we recently had a brief exchange that made me think I might need to start baby-proofing the house again, just in case:

ME: Sweetie, would you hand me my driver’s license from over on the table?

GENIUS CHILD: Sure, Mommy. (eerie pause) Mommy? Why does it say on this card that you’re an organ donor?

ME: Um, because I’m an organ donor.

GENIUS CHILD: (pained silence) How long have you been an organ donor???

ME: Ever since I got a driver’s license, so…um…well, carry the one…(I’m not a genius either, I couldn’t do the math)

GENIUS CHILD: (sob) Why haven’t you ever told me?!?

ME: Because I didn’t think you needed to know about it until I was dead.

GENIUS CHILD: (pregnant pause, followed by sniffling) What organ did you donate???

GENIUS CHILD: MOMMY!!! WHY are the police arresting that dog?

GENIUS: That dog! They’re putting the poor dog in the back of the police car! WHY???

ME: Sweetie, he’s a police dog. He rides back because the human policemen get to ride in the front. It just looks better that way.

ME: Sweetie, why did you decide to take off your belt and cinch it around your little girl boobs?

GENIUS CHILD: Because I spilled ice cream on my shirt and I didn’t want anyone to see the stain.

ME: And you’re really thinking this looks better than a dot of chocolate ice cream on your brown shirt?

GENIUS CHILD: Yup. I’m just glad the stain wasn’t on my back. Then I’d have to turn the belt around backwards and that would just look weird.

ME: Sweetie, how would you possibly get ice cream spilled on your back?

GENIUS CHILD: Duh, in case I walked backwards into someone who was eating an ice cream cone. Sheesh!

But never fear, I have a theory. For my own sanity and so I don’t wake up screaming during the night after dreaming that my daughter lives in my house until I die and then possibly for a couple of weeks after, I’ve convinced myself that not only is my child way smarter than everyone else’s child except for a mildly underdeveloped common sense, it’s also a biological fact (I make those up all the time) that you get stupid when you’re in the middle of a growth spurt.

Here’s my theory: as your muscles and skeleton grow, blood flow is diverted away from the brain to keep the growing parts nice and squishy. If there wasn’t enough blood there, then the growing parts would dry out and crumble when they tried to grow.

Right now, re-read that part, only this time imagine the words flying out of Sarah Palin’s mouth and replace the word “brain” with “maverick.”

Fortunately, my child is barely in junior high school and has already topped five feet, so I think I might be on to something with this theory. She’s not actually dumb, she just grows too much; once she stops growing, she’ll be a National Merit Scholar. This theory works in the reverse, as I happen to be an exceedingly brilliant person and there are still several rides at Disney World that I am not tall enough to ride. Therefore, as the resident smart person in my house, I just declared that idea to be scientific fact.